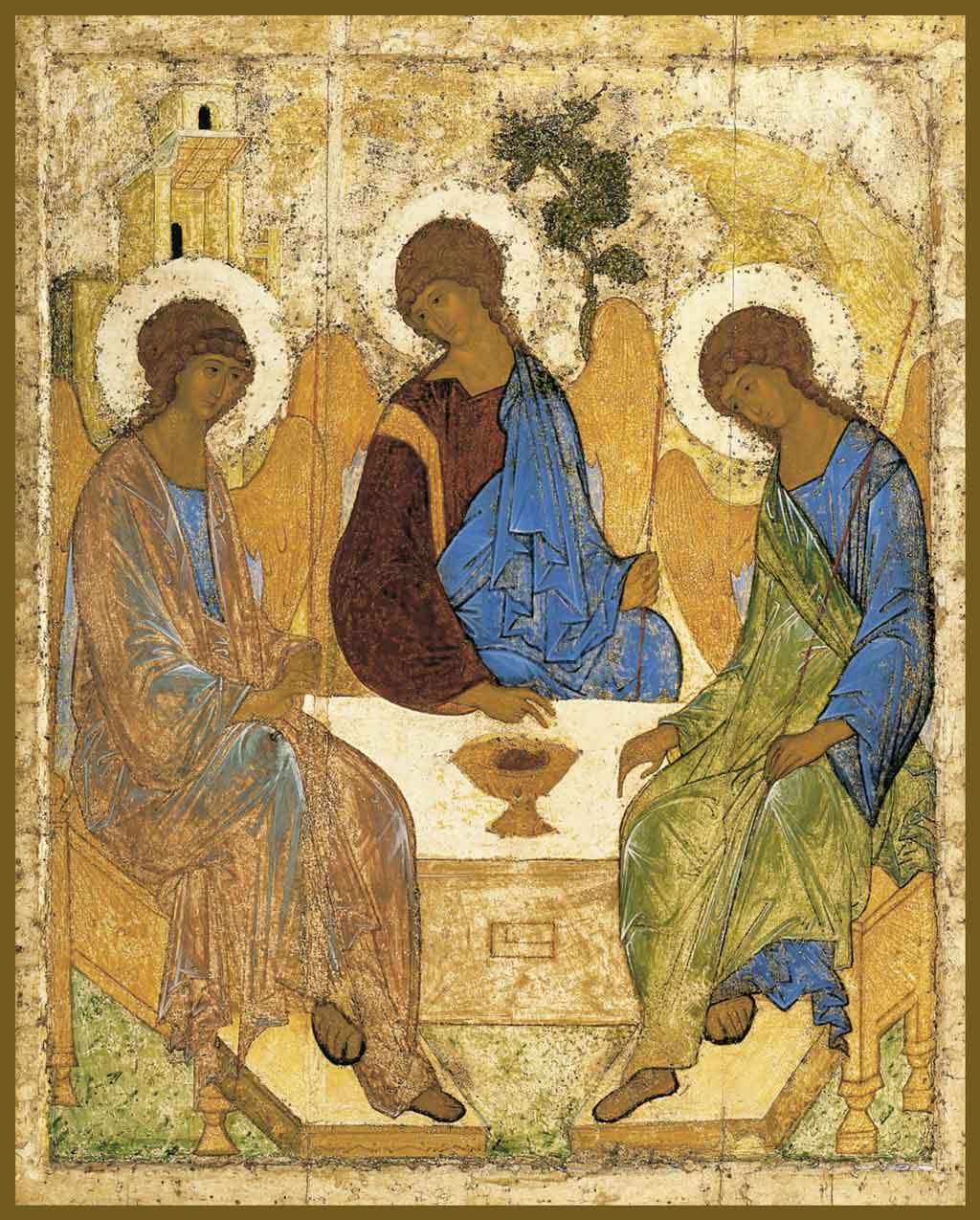 Sometime in the 15th century the great Russian painter Andrei Rublev created his masterpiece, The Trinity. Inspired by the story of the three angels visiting Abraham in Genesis 18, he portrayed the Father, the Son and the Holy Spirit communing with each other in deep intimacy, mutual submission and wrapt attention. Their heads incline towards each other as their postures around the table reflect their essential and eternal unity.

And yet their fellowship is not complete. There is an empty place at the front of the table, and the cup on the table hints at the fundamental dilemma they are collaborating in addressing. The perfect love that exists between them cannot be satisfied with the self-giving between the Three, but demands that they reach out to include lost humanity.
The Son must leave this heavenly bliss in order to give his life as the sacrifice that will restore mankind to relationship with God. The Son must become flesh.

“The Word became flesh and dwelt among us, and we have beheld his glory, glory as of the only Son the Father, full of grace and truth” (John 1:14).

Emptying himself of celestial pre-eminence and splendour he enfleshed himself in a human body. His very nature fundamentally changed, as he suddenly found himself in a radically different reality.

Made the Father Known

Yet this unimaginable loss did nothing to weaken the bond of loving unity between the Father and the Son. The Father proudly declared from heaven, “This is my beloved son, which whom I am well pleased.” The Son continued to reflect and reveal the fulness of the Father’s glory, abiding in his love, and living every minute in unbroken submission to his will. The Holy Spirit filled the Son ‘without measure’ throughout his ministry.

We have beheld his glory

What does Christ’s glory mean to us? Is it primarily a means for us to be loved, to find security and significance for ourselves? Do we complain and grumble when we feel ‘church’ is not meeting our needs, or giving us the platform we deserve for our ministry?

Or do we follow him in ‘becoming flesh’? Putting the needs of others before ourselves. Going into situations where we are vulnerable, defenceless, at risk. Be willing to serve even when we are not noticed or given the credit. Moving to a different neighbourhood to serve needy people. When we follow him in this way we will find our faith more alive than ever, and in a closer walk with God than we thought possible.

Is my faith about me, or about Christ? Who do people see in me – myself, or the Lord?