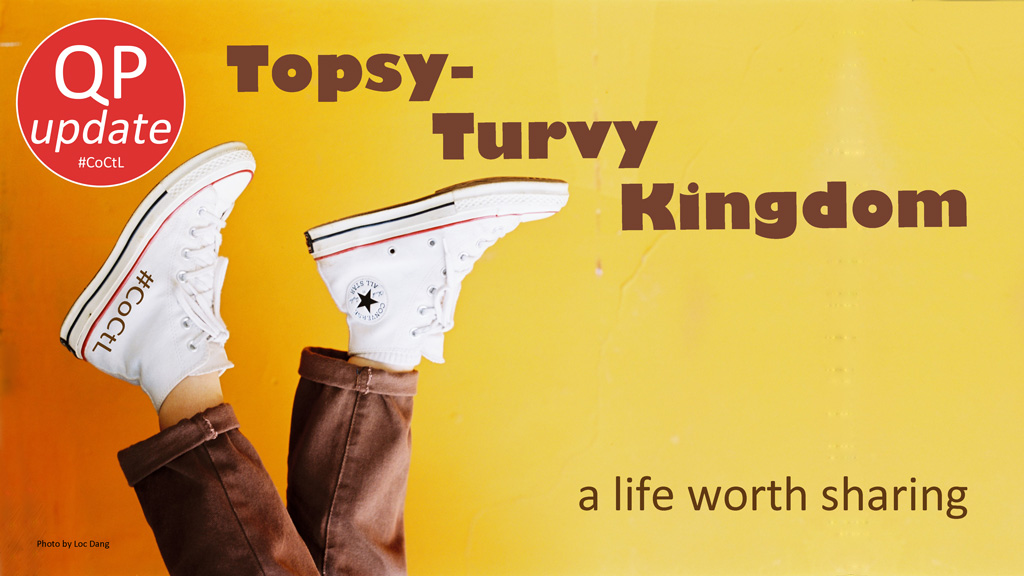 Forget Netflix, the real drama right now is “Wagatha Christie”! No doubt you have been riveted to the daily commentary of the feuding footballers’ wives in the High Court this week. Or perhaps you have a life to lead! Apparently, the row comes off the back of the accusation by Coleen Rooney that fellow “wag” Rebekah Vardy was the source behind a leak of personal information to the tabloids. In a social media operation worthy of the CIA (earning her the title Wagatha Christie) the bold Coleen had apparently sleuthed out the culprit and set in motion an acrimonious courtroom drama. Enough already!

My point? Outrage, cultivated by our lust for gossip and the accessibility of social media, is becoming the language of the kingdom of the 21st century. Public discourse and personal conversations, these days, all too quickly degenerate from “disagree” to “despise”.

In some measure, things have always been this way in the land of the human heart. Human society has continually spiralled from war and violence to revenge and retribution. History is mostly the history of war. A tragedy that continues today.

In his “sermon on the mount” Jesus confronts the rage within us (Matt 5:21-26); the anger that rises from our untiring aptitude for taking offence.

Jesus’ clear message, to keep with the footballing allusions, is to “go in hard and early”. “The Message” translates Jesus’ words:

“Don’t lose a minute. Make the first move; make things right with him.”

Perhaps today Jesus might say – “don’t tweet, meet!” Before I get the time to construct a story about her conniving plans to do me down or the despicable values which underlie his every move, deal with it. Anger so quickly putrefies and becomes a sewer of slimy, stinky opinions and beliefs that pollute us all.

So how to drain such a swamp? Jesus’ answer is embedded in the prayer at the centre of his sermon. “forgive us our sins as we forgive those who sin against us” The “Lord’s Prayer” is not a clump of fine-sounding words fit only for vain repetition but a set of profoundly transformational practices that, embedded in our lives, will raise us up into Christlikeness and reshape our social connections and friendships.

Releasing people from our judgements, opinions, resentments, suspicions and hurt is not easy; but it is essential. The forgiveness that breaks the spiral of vengeance has the potential to be the most powerful social force in history.

And, dear Colleen and Rebekah such forgiveness may have saved you a pretty penny on lawyers’ fees.

Here’s how some of these topsy turvy values of the kingdom are working out right now: Vasyl Ostryi, pastor of the Irpin Grace Church, Ukraine writes:

“While the church may not fight like the nation, we still believe we have a role to play in this struggle. We will shelter the weak, serve the suffering, and mend the broken. And as we do, we offer the unshakable hope of Christ and his gospel. While we may feel helpless in the face of such a crisis, we can pray like Esther. Ukraine is not God’s covenant people, but like Israel, our hope is that the Lord will remove the danger as he did for his ancient people. And as we stay, we pray the church in Ukraine will faithfully trust the Lord and serve our neighbours”