Faithful Present – What goes bump in the night? 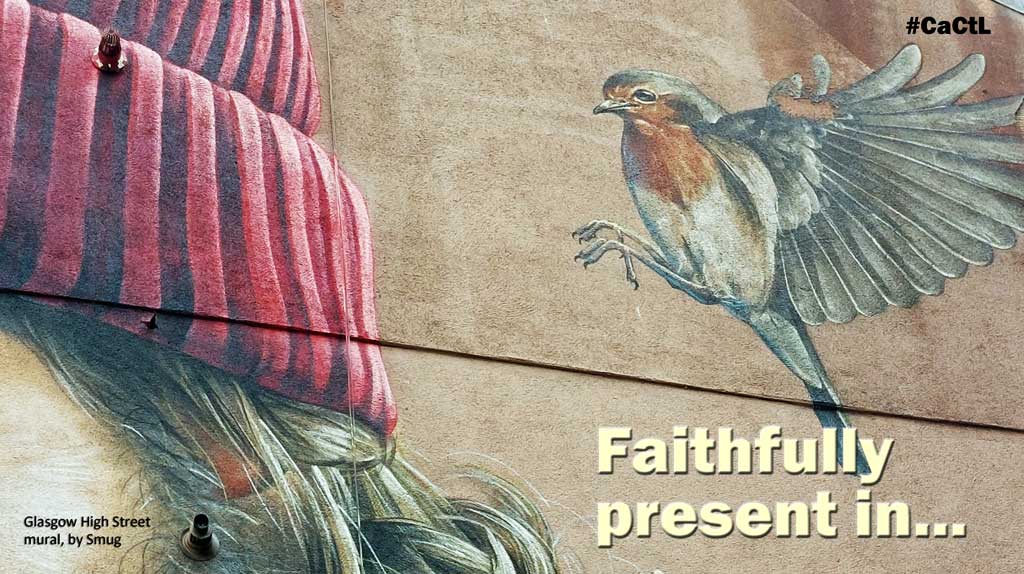 How do you sleep?

To be honest I am grateful to be one of the “out-like-a-light” types, though my wife worries that I would sleep through a burglary conducted by the pipes and drums of the Scots guards. This week we are thinking dreams and the apocalyptic visions of Daniel. These are some of the strangest and most impenetrable texts in the bible. If someone tells you they have worked out every reference and allusion in these chapters, then don’t believe them!

The dream focuses down on the defeat and destruction of a “little horn” that rises up to contest the authority of God, to slander his people and to desecrate the temple. This figure is often identified as the Greek king, Antiochus Epiphanes, (his name meant “God Manifest”- no fragile ego there!). He precipitated one of the greatest crisis in Jewish history just under 2000 years before Jesus by slaughtering people and setting up an ”abomination that caused desolation” (Dan 9:27) in the temple. Daniel’s prophecy and this event describe an anti-God, anti-Christ spirit that is prevalent in human history which wars against God and his people.

However, Daniel 7 opens up the unseen realm to show us where the real authority behind history lies, with the Ancient of Days and the Son of Man who conquer the beasts and powers of evil that threaten us.

It has been suggested that our dreams disclose our hidden anxieties and desires. The bible wonderfully informs us that our dreams can be more than our own thoughts but places of revelation where God can speak and imprint truth upon us as we sleep. Certainly, it is a comfort to know that, like Daniel, when fearful, subconscious images and thoughts surface God can and does impart his Spirt and truth to us.
You might like to ask God to be present in your dreams and to speak into your soul as you sleep.

What can we take hold of to bolster our faith as we face the powerful “beasts” of ideology and influence in our culture and the intimidating powers that rise up from deep in our own hearts?

What have you found helpful as you have sought to bring the truth of Gods victory on the cross and his sovereignty over history from head to heart?

Let us know what you see.