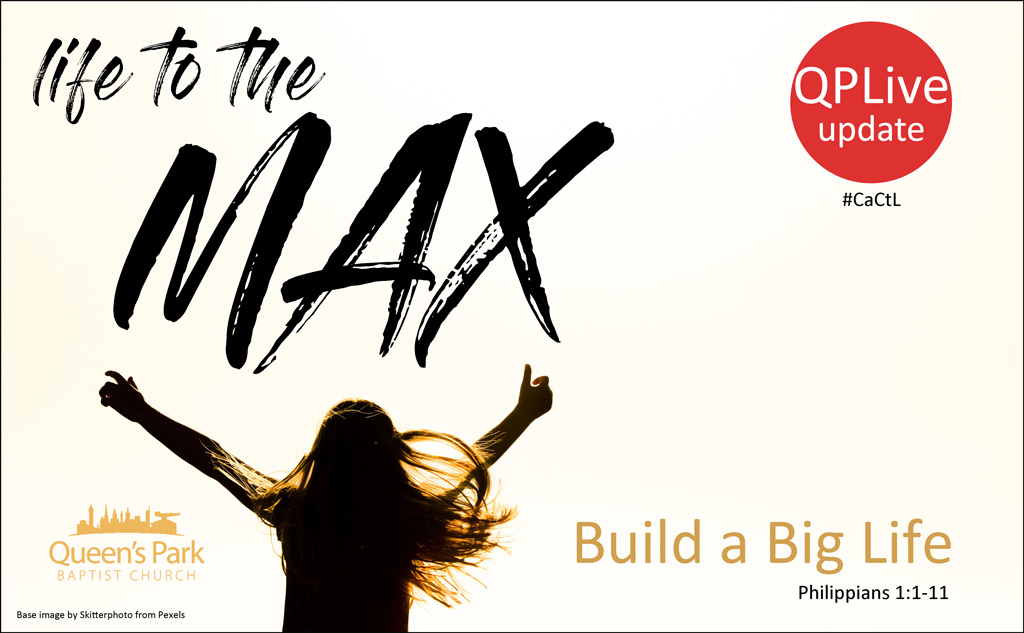 It was an odd nickname: “Tiny”, “Wee-man”. Yet it stuck. The name was “Paul” which meant “small.” Every letter he wrote or crowd he addressed heard his humble stature. He had been “Saul”, of course, which meant “one who asked and inquired of God”. As a young man, he built his reputation on being “Saul”. Saul the pharisaic scholar, Saul the educational high achiever, Saul the religious zealot with the power and prestige that this status afforded.

However, by God’s metrics, Saul had a tiny life. He read all the clues, promises, and prophecies of scripture but was blind to salvation until God knocked him off his horse and blinded him with the revelation of Jesus. The big man with the small life became the small man with the big life. As he put it: “these assets I came to consider as liabilities, compared to the far greater value of knowing Christ”. (Phil 3:7,8 NET bible).

So, how would you evaluate the abundant life? What constitutes a big, successful life? Wealth, esteem, achievement, impact, or influence? The big successful life is presented to us as all these things and more.
Here is the kicker. Paul writes to the suffering, struggling, unexceptional believers in Philippi from a Roman jail to tell them that he, and they, had received, in Jesus, life to the max! On any human scale, it sure did not look like it. The life Jesus gave, he claimed, was larger than their limitations. Serving as Jesus’ servant, he believed, was the highest privilege on earth.

It is hard for any of us to grasp the magnitude of what we have received in Christ. “I am praying that you see it and seize it!” Paul says to the Philippians. (Phil 1:9-11)

Paul swapped his old story of the big life for a great big new one based on Jesus. In fact, he describes himself using the same word as he uses to describe Jesus – a “bondslave” (1:1, 2:7). The story of Jesus’ humble, self-giving, and generous life becomes the shape of his life. Paul’s story gets caught up in the great big story of God loving and giving and rescuing us in Jesus.

That’s life, God’s life to the max. Encountering God in Jesus opens the gateway to abundant life. Paul discovers the amazing reality that this is a life which when passed on, given away, and shared only becomes deeper richer, and more Christ-like. Perhaps “wee man” was not such an insult after all.

Join us online on Sunday for more.