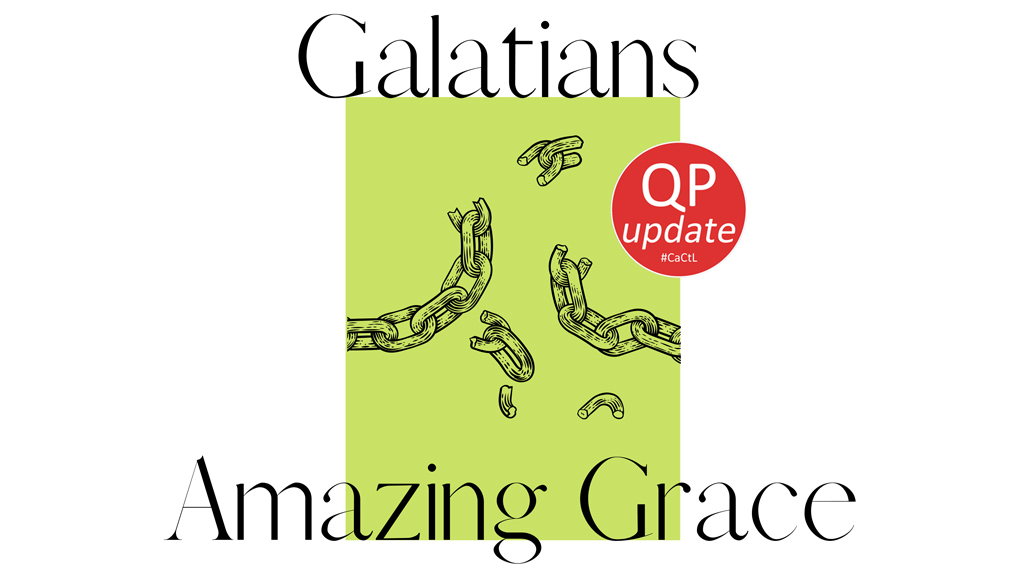 Who exemplifies grace for you? What image comes to mind when you think of a grace-filled person? You might want to ponder that thought as we head to Sunday.

In popular thinking, a grace-full person is a doormat, a rollover who is passive and silent in the face of discord. A gracious person will “never say boo to a goose” and is first to ask that “everyone just gets along”.

However, the fact remains, inaction in the face of abuse or threat leaves people harmed and sweeps heinous evils under the carpet. As Kirsten Powers says

“Grace without repentance and accountability is called “enabling.”

No doubt, our passivity in the face of harm and neglect, creates the occasion for damage to go unchallenged.

Galatians is a letter about grace. The vibrant grace of God which reconfigures our souls and resets our social relationships as we come to regard one another from Christ’s point of view.

Galatians is also an outburst of confrontation as Paul goes toe-to-toe with those who would like to allow religious performance and social conformity to limit the freedoms of grace. As The Message translates Gal 2:11

Later, when Peter came to Antioch, I had a face-to-face confrontation with him because he was clearly out of line.

Grace, Paul’s way, is not silent in the face of wrongdoing. Instead, he takes on Peter, the pillar of church authority, and calls him to account.

This kind of grace empowers us to tackle the issue, not the person, and to speak out forcefully for truth without taking down our detractors. Grace is a robust confidence that seizes the opportunity to call one another back into alignment with God. All at the same time honouring and valuing the other.

No one said that was easy!

Monday this week was Martin Luther King day. It’s a public holiday in the USA when people reflect on the legacy of the civil rights leader. King’s drive to stand up for justice for America’s black population was inspired by his Christian devotion. He stood up to confront racial prejudice and social injustice because he believed:

“There comes a time when one must take a position that is neither safe, nor politic, nor popular, but he must take it because conscience tells him it is right.”

― Martin Luther King Jr., A Testament of Hope: The Essential Writings and Speeches

Martin Luther King epitomises for many what grace looks like in action: peaceful, civil (in both senses), and powerful protest.

The old adage remains true: “evil triumphs when good people do nothing”. Grace it seems can look like courageous confrontation, resisting influential people and holding fast to truth. Perhaps we actually do need to be more gracious.