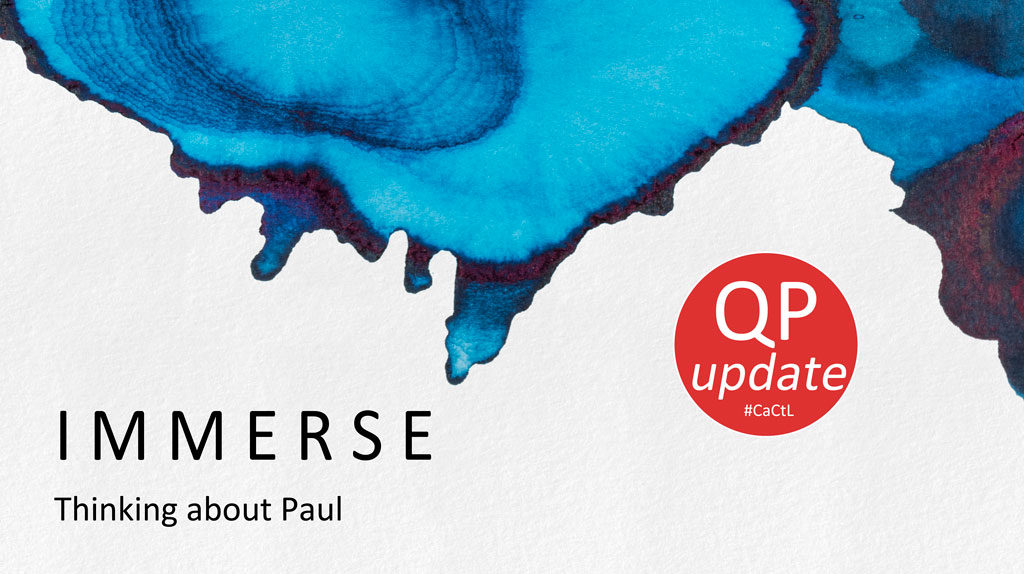 Forget Jane Austen and John Grisham, the most read writer in the world is a small Jewish revolutionary who wrote a handful of letters to a ragtag bunch of Jews and pagans in the 1st century. Yes, Paul. He is dissected by academics, preached incessantly from pulpits around the world, and acknowledged by Christians as the prime expositor of God’s will and purpose on earth.

Through the “Immerse” bible reading plan we are seeing Paul with fresh eyes. What have you spotted? I’d love to hear.

Paul endured hostility, faced hardships and deprivations, and met with rejection and opposition from the very churches he had sacrificed himself to serve. Yet, in just over 20 years of mission, he left a legacy that enhances our lives today: churches planted, leaders trained and, of course, letters written! No doubt there is much that we find puzzling in his letters. Even Peter (2 Peter 3:16) confesses that there is much that is hard to understand in Paul’s writing. Yet there is also such deep richness of revelation and reflection on God’s nature and work that he is arguably one of the most written about writers in history.

So, it’s no surprise that many of us wrestle with something Paul wrote here or there. I do wonder if one day we will hear him say – “you totally missed the point of what I was trying to say!”

Paul was transformed by an encounter with Jesus and in his letters, he shows us God’s truth that we too might have our lives shaped into Christlikeness as our minds are renewed.

As we head toward Sunday you might like to think about Paul. (By the way, those of you following online will be in Acts this week and Paul next. So you have a full 10 days to stew over the questions!)